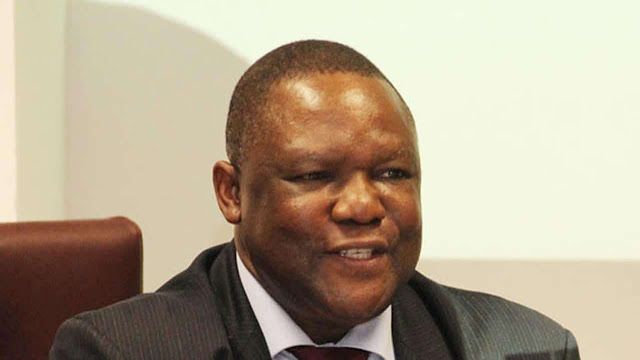 As Nigerians remained at the mercy of arm bandits who have taken over some part of the country, Dr Obadiah Mailafia, a former Deputy Governor of the Central Bank of Nigeria, CBN has accused the ruling All Progressives Congress, APC of importing foreigners into the country during the 2015 presidential election, who have now turned against the country.

Mailafia’s said this to Punch, barely hours after suspected bandits kidnapped 300 students in Zamfara state. The bandits who operate in most part of Northern Nigeria have also failed to release students abducted in Kagara, Niger state, last week.

Recall that the former CBN top notch, last year, said an unnamed northern governor was behind the dreaded boko haram islamist group. He was later invited and questioned by the Department of State Services, DSS.

He said some APC stalwarts were so desperate to capture power from former President Goodluck Jonathan that they resolved to bring in fighters from other neighbouring countries, in preparation for war, in case the party lost the election. The plan, he said, has now boomerang, as the fighters have now turned their guns against the country.

He explained that the fighters are angry that the party abandoned them after winning the election, leaving them to fend for themselves. This suggestion was collaborated by some bandits’ leaders recently, when they met with poplar Islamic cleric, Sheik Abubakar Gunmi to negotiation the release of some abductees.

Mailafia said the APC government is the precursor of spate of criminality now ravaging the country.

According to him “During the 2015 elections they brought in thousands of foreigners into this country, armed them because it was a case of if Goodluck Jonathan doesn’t surrender, there will be war. They were ready for civil war; they were not ready for peace.

“Of course, Jonathan handed over to them and then they turned their backs on the hoodlums and the hoodlums said ‘look, you brought us here and we are still here’.”

He also blamed some foreign collaborators for the security problems now confronting the country.

“There are certain world powers that want to destroy our country. That is what I believe. There was a container load of weapons that were brought in from Turkey. Another time some were brought in from Iran. But nobody probed further and everything was swept under the carpet and that was the end of it,” he said.

“My name is Mailafia and I am always for peace. I want peace in this country because I know without peace there can be no development but I think the people in government have to be objective and treat us equally. Someone says one thing and they go after him. Others say worse things and they are treated with kid gloves.”

He backed President Mohamamadu Buhari’s resolve not to negotiate with the bandits who he said “have killed, they have maimed, they have raped and they have wreaked havoc.”

Some northern such as Sheik Gunmi have urged government to talk amicably with the bandits for peace to reign The president, on Thursday, directed security forces to route the criminals from their hideouts.

-culled from The Source

“What The Igbos Must Do To Rule Nigeria”-Prophet Faleyimu Reveals

Revealed! How First Bank Is Making Banking So Easy For Its Customers