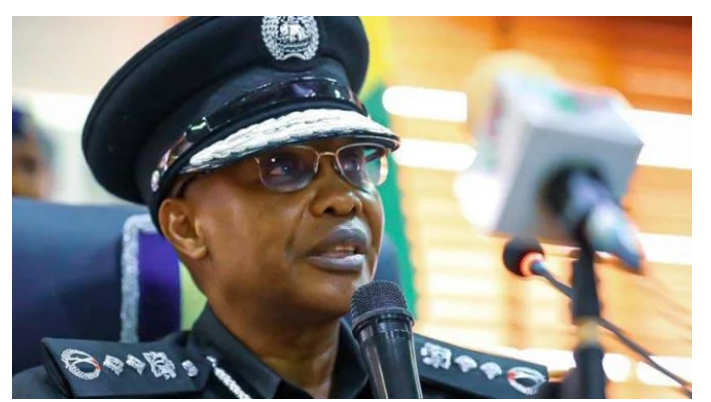 A business man and estate developer ,Oluwatobi Osonuga has called on the Inspector General of Police,Usman Baba Alkali to save him from gun – wielding policemen on Saturday led armed thugs to demolish his properties in the Awoyaya area of Lagos State

Osonuga said that the policemen turned themselves to “land grabbers” before now and went further to demolish his building without any order from any court.

The businessman ,who lamented the enormous loss he suffered to the Saturday demolition also accused the policemen of arresting eleven of his workers early Friday after a High Court in Lagos had ruled against such arrest in the past by declaring it as illegal and awarding charges against the police in favour of the arrested workers.

The business man said that policemen from the Lagos State Police Command and Zone 2 Command,Onikan have permanently stationed themselves on his property and claiming to be acting on ” Order From Above” from the IGP .

He narrated that ” My workers were working on my land in the Awoyaya area of the state ,when I got a report that heavily armed policemen had invaded the place and had taken over the land .”

“The Saturday invasion came ,less than a month after Justice S A Olaitan of the High Court of Lagos , Epe ruled against such arrest in the past and awarded #250 000 ( Two hundred and fifty thousand naira ) charges against the police .”

” In the past ,the police from Abuja asked me questions on the ownership of the land .I gave them the necessary documents, including a Certificate of Occupancy,which had on many occasions been confirmed and authenticated by the Lagos State Government to confirm my ownership o of the place .”

He added that ” I don’t know their mission .They are not different from land grabbers .They arrested two of my workers and I had to seek redress from the court ,where they were told not to arrest my workers again and to also pay the two that were arrested ,#250 000 damages .”

” They have not invited me for anything since then but I am surprised that they invaded my site again and arrested another set of my workers and stationed armed policemen on my land .”

The business man stated that ” I bought the land from the genuine owner with a Cof O bearing Adeola Construction and Sons Limited with number PED1/1/1998 after I had done the necessary fact checking with the Lagos State Government .”

” Apart from the judgement against them ,there is even another Fundamental Human Rights suit against the police by the sellers of the land .They ( the police) are in a hurry to grab my land .”

” I have never seen this kind of lawlessness from law enforcement agents .I pray that IGP will hold some people responsible for this lawlessness .”

The Lagos State Government in a letter to the police ,dated 20th October 2921 signed by Owolabi Arole on behalf of the Attorney General and Commissioner for Justice described Adeola Construction and Sons Limited and the ‘ rightful allotte of the land ( copies of letter made available to journalist)

The state government in the letter said “There is no satisfactory evidence to convince this office of a sale or acquisition of the asset of Adeola Construction and Sons Limited.”

” Following the above in deduction of title ,this office finds that Adeola Construction and Sons Limited,who is the rightful allottee of the Lagos State Government should remain in possession until contrary is established against it .

Justice Olaitan in a Fundamental Human Rights suit , brought before him by Osonuga and his workers ,in a rulling , delivered on the 20th January 2022 ordered that ” The respondents ( IGP and two others ) are hereby directed to release the 1st and second applicants ( Osonuga’ s workers ) FORTHWITH and UNCONDITIONALLY and they shall no longer be arrested or detained in connection with the Investigations in this suit .”

The judge also ordered that ” The respondents shall jointly and severally pay the sum of #250 000 ( two hundred and fifty thousand naira ) to each of the 1st and 2nd applicants as compensation for their unlawful arrest and detention.”

She however promised to do so but could not do so as at the time filling this report.

Easy To Use Energy Purchasing App, PawaPlus Launches In Lagos

Asset Declaration Fraud: Ex-Lagos Governor in Trouble As EFCC Goes After Him