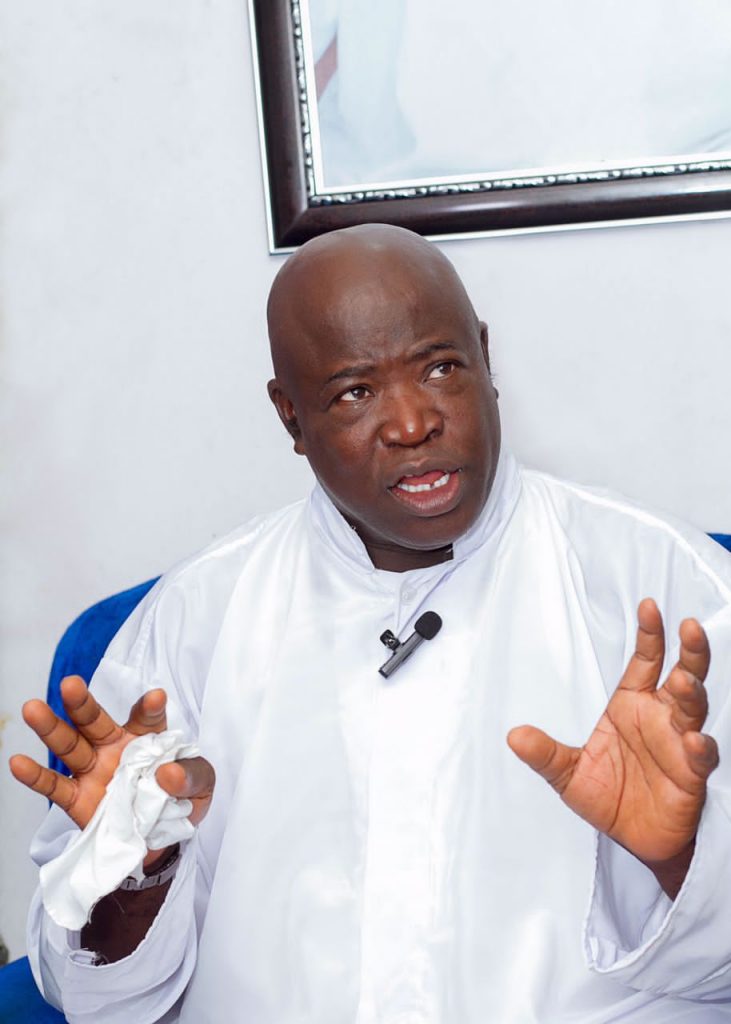 Popular Nigerian seer, Olagoroye Faleyimu, who is also the General Overseer of Mountain of Blessings and Miracles Badagry, Lagos, has opened up on his prophecy about the 2023 presidential election.

The prophet declared that God told him that the PDP presidential candidate, Alhaji Atiku Abubakar, will win the election. He, therefore, warned that during the INEC’s declaration of the election results, APC’s presidential candidate, Bola Ahmed Tinubu, should be guarded by Governor Akeredolu on his right side with spoon and on the left side by Governor Sanwo-Olu with salt to avoid him from frozen hearing the announcement.

Meanwhile, Prophet Faleyimu added that Atiku will only win the election but will not be allowed to rule Nigeria.

He further revealed that elders from the South-South and South West will rise against Atiku rulership again for another eight years, which would cause the Igbos and the Yorubas go their separate ways, but the Northern elders will kick against it and eventually arranged for military takeover of the government, and eventually they will organize an interim government which would conduct another election that would bring in the messiah from Owo Town.

Prophet Faleyimu said that if President Buhari wants to forcefully hande over the government to APC candidate, he won’t use more than three months in power because, there will be chaos all over the country.

Speaking on G-5 governors, the prophet revealed that they could only stop PDP from ruling Nigeria, they can’t stop PDP from winning the election.

Prophet Olagoroye Faleyimu in his past prophecies has revealed that former president, Goodluck Jonathan was the last president of PDP and President Muhammad Buhari is the first and last president of APC that God wanted to erase the two parties from Nigeria.

He also revealed in the past that the Nigeria’s messiah, a prince from Owo town in Ondo State will emerge from a new political party, during the election that would be conducted by the interim government.

He added that the Owo man’s first two years as president will not stop the hardship Nigerians are going through but, subsequent years, will see Nigerians enjoying surplus in peace.

Conclusively, Prophet Faleyimu urged Nigerians to maintain peace during and after the elections.

Smade Is Excited About The Next Wizkid & Davido Tour

“Why I Agreed To Marry Lateef Adedimeji”-Star Actress, Mo-bimpe Reveals As Wedding Set To Hold