Exposed! 7 Things You Don’t Know About… 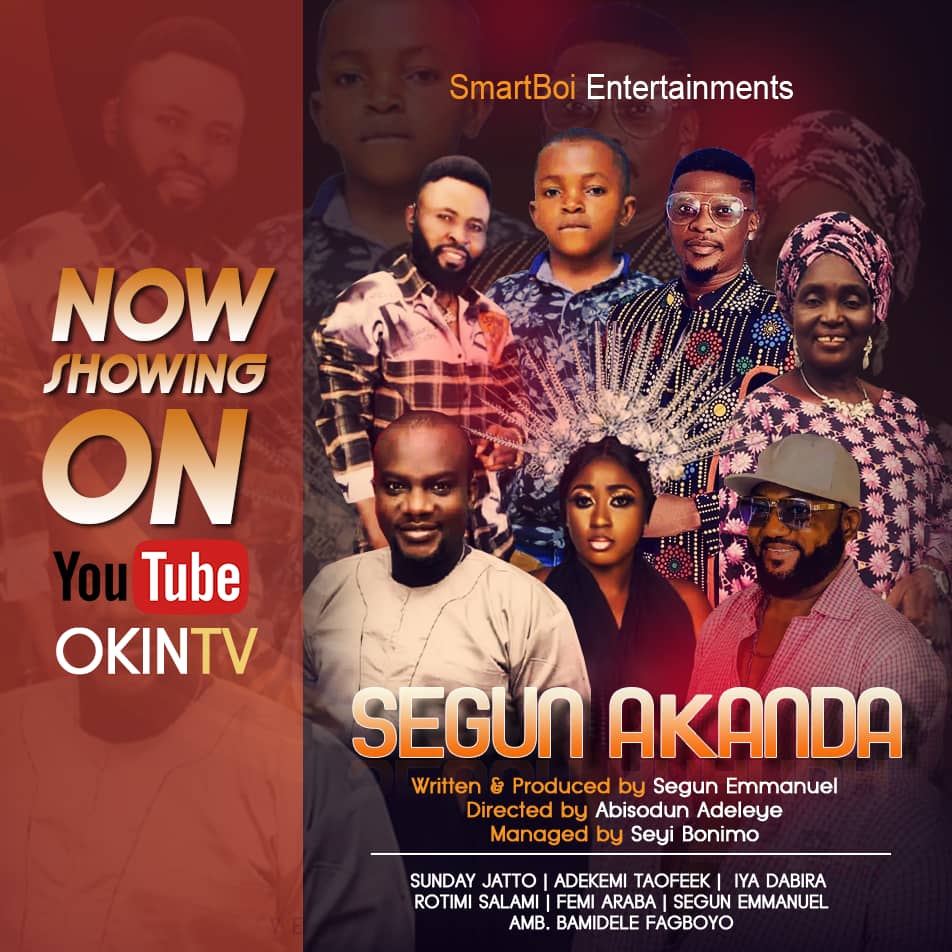 If you are one of those who believes in insulting people especially the elders, www.naijasocietynews.com will recommend Segun Akanda, a new movie produced by Segun Emmanuel, for you to watch and learn something new about life and the dangers in your unpleasant attitude.

Segun Akanda talked about a story of a woman whom from her tender age brought battles into her life as a result of her sharp mouth. When the consequences of her bad habits began to manifest, her thought was that her own mum was the cause of it which created enmity between them. They don’t see eye to eye.

She was suffering from miscarriages and lost of children. She eventually had her last child who is Segun Akanda. The innocent boy continue the battle from where his mum stopped after her death. An unimaginable occurrence occurred on this faithful day which make Segun Akanda a must watch movie for you. It is full of moral lessons.

The movie was released on Okin TV YouTube channel last weekend and it is at the moment enjoying massive viewing on the platform.

Use the link below to watch the movie for free.

“Any man who rape should be punished by law “- Yoruba Actor, Fadojoe Claims

About The Rising Profile of Nollywood Actor/Model, Ayorinde Olujuwon + Why He’s Hot