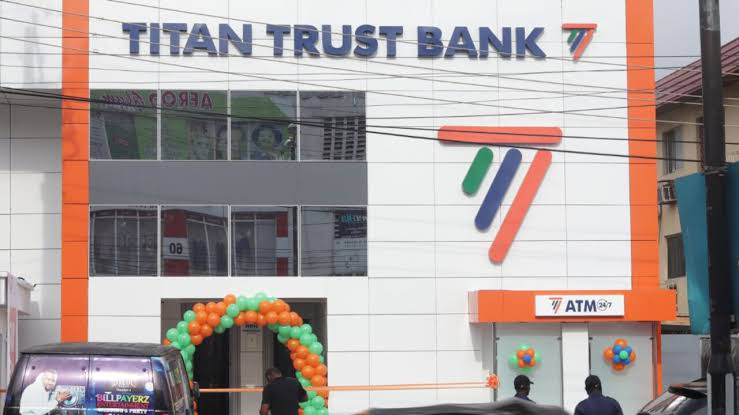 Titan Trust Bank Limited (TTB), one of the fastest-growing and customer-centric financial service providers in Nigeria, has again gotten another major reason to celebrate.

This is as a result of the recent Court judgement that was in her favor. An attempt by Petro Union Oil and Gas Company Limited to stop the acquisition of Union Bank by Titan Trust Bank Limited has been struck out by a federal high court in Lagos State.

But before CBN gives approval, Petro Union Oil is seeking the backing of the court to stop the deal, following a lawsuit marked FHC/ABJ/M/104/2012, that dates back to 2012.

In 2021, the company secured judgments against CBN, Union Bank, Minister of Finance, as well as the Attorney General of the Federation.

It was delivered by the late Justice Adamu Abdu-Kafarati, whose judgement awarded Petro Union Oil a whooping $15 billion, resulting from his debt judgement of £2.556 billion, coupled with an interest of 15% per annum dating back to June 22, 1995.

The interest placed on the debt judgement continues to rise until Union Bank pays off the amount, which Petro Union Oil believes might be affected by the deal between Titan Trust Bank and Union Bank.

The deal between Titan Trust Bank and Union Bank is seen as asset acquisition in the view of Petrol Union Oil, hence, the company’s effort to stop the takeover in June 2021 through the federal high court.

Petrol Union Oil obtained an ex parte from the court to stop the selling of assets in any manner by Union Bank, but the lender appealed the ruling, stating that share sale by a shareholder is different from asset sale by the company.

The court, presided by Justice Daniel Osiagor, ruled in favour of Union Bank on Thursday upon appeal, with the lender also stating that the debt judgement was a pending case between both parties at the Supreme Court.

Note that the directors of Petro Union are also facing a case of alleged fraud and forgery at the federal high court.