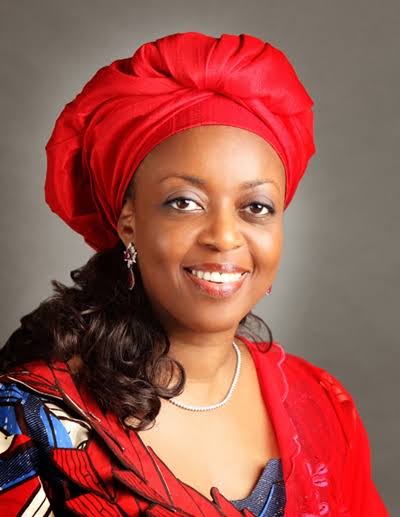 The House of Representatives’ Ad Hoc Committee on Assessment and Status of All Recovered Loots Movable and Immovable Assets from 2002 to 2020 by Agencies of the Federal Government of Nigeria for Effective Efficient Management and Utilisation is in dilemma on how to resolve a brewing crisis between the Economic and Financial Crimes Commission and the Asset Management Corporation of Nigeria.

According to the information gathered by PUNCH on Tuesday that AMCON was laying claim to some assets recovered from and forfeited by some allies of a former Minister of Petroleum Resources, Diezani Alison-Madueke. A prominent member of the committee told our correspondent that the EFCC had approached the committee to prevent AMCON from getting the assets, some of which were said to have been used as collateral to secure loans from various banks.

The lawmaker, who spoke on the condition of anonymity, said there was suspicion that AMCON’s move might be an avenue to retrieve the assets from the custody of the EFCC and the Federal Government by extension.

The source said, “EFCC is complaining that AMCON is moving to possess some of the assets already seized and forfeited by looters. AMCON is claiming that some of the assets were already in possession of banks before EFCC approached courts to secure permanent forfeiture of the same assets.

“The assets include those retrieved from the so-called Diezani boys such as Aluko and Omokore.“Indeed, some of the banks have the original documents to claim the assets but the issue now is how to determine how a financial agreement can supersede a court order on the same assets.”

Monguno, who was represented by the Director of Finance and Administration, Office of the National Security Adviser, Brig.-Gen. Ja’afaru Mohammed, however, denied that his office was involved in assets recovery and management.

The DFA read a letter from Monguno, “The only thing I need to add there is that the NSA coordinates the activities of the security agencies and does not carry out any recoveries except where Mr President directs otherwise.”

Mohammed recalled that in 2015, the President, Major General Muhammadu Buhari (retd.), set up a Committee on Audit of Defence Equipment Procurement.

He said, “During the audit, a collection account was opened with the Central Bank of Nigeria for the deposit of recovered funds. The account was designated NSA Funds Recovery Account. By the time the committee was rounding off its task, all funds amounting to the sum of N9,326,839,527.40k and $7,436,277.3c was recovered and deposited in the CBN account.

Chairman of the committee, Adejoro Adeogun, however, noted that the initial letter from the ONSA to the lawmakers was that the office had nothing to do with recoveries.

The committee then asked for the whereabouts of the slush fund recovered from a former Director-General of the NIA, Ayodele Oke, and his wife, Folasade.

The EFCC had declared the couple wanted in connection with the $43m, £27,800 and N23.8m cash recovered by the commission from an apartment at Osborne Road, Ikoyi, Lagos in April 2017. At the then exchange rates, the money amounted to N13bn.

Mohammed stated that the money was not with the office, noting that the only money recovered by the ONSA from the NIA was about $41m and which had since been returned to the agency on presidential directive.

The lawmakers, however, kicked when the police could not account for immovable assets in its custody due to lack of records and proper documentation of seized and forfeited assets.

Consequently, the committee asked the police to reconcile their records and report back on Friday with information on where all recovered immovable items were located, whether they have been disposed of or not.

Insecurity: See What President Buhari Did To Other West African States Yesterday