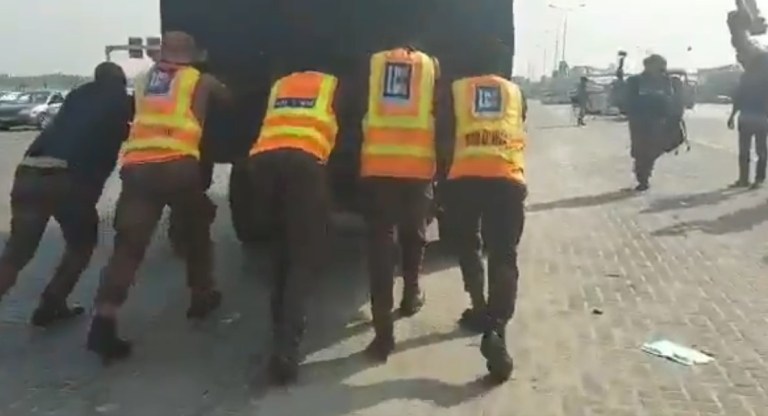 Nigeria is indeed becoming an hilarious country, occupied with clowns under the administration of All Progressive Congress as the nation is recording series of national disgrace on daily basis.

reports has it that there is an ensuing drama at Lekki Toll-Gate as the black maria van used to convey arrested protesters developed fault.

In the video shared on twitter, some officers were seen pushing the vehicle to make it start. As they were pushing, the arrested protesters continued shouting for their release as journalists continued their reportage

This is too funny. Even the Black Maria used in conveying arrested peaful protesters had to be pushed before it could start.

How Dangote Foundation Disbursed N3.9b to Women, Youths in 11 States Across Nigeria