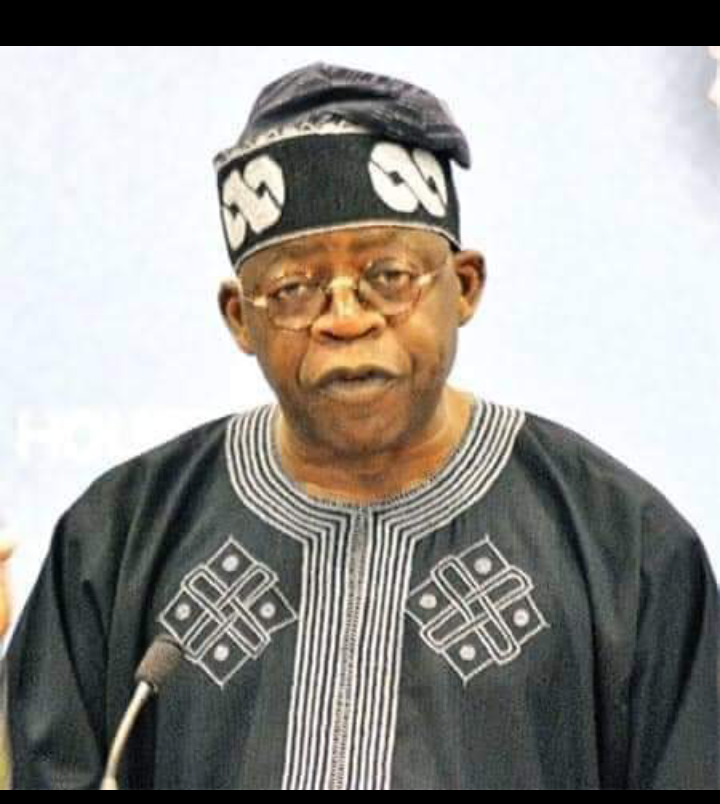 The founder of Mountain of Blessing and Miracle Church of Christ, prophet Dr. Olagorioye Faleyimu, who is one of the prominent prophets who have been predicting the occurrences ahead Nigerians and other countries in a given year, has warned the leader of All Progressive Congress party, Asiwaju Bola Hammed Tinubu to forget about his ambition of becoming Nigerian president in 2023 because he will fail woefully. The man of God revealed this in his 2022 prophecies made available to www.naijasocietynews.com publisher, GBOLAHAN ADETAYO on Monday. He further revealed to us who will be emerged as the next president after the election. Enjoy the excerpts:

Share with us what God showed you concerning the year 2022….

A lot were revealed to me by God. As a nation, we have to pray like never before because 2022 is a year of judgment.  It’s a year that come with a storm that will claim the lives of great people. Many politicians, traditional rulers and others will die in the year especially the evil doers.  Things will be costly, do not expect food items or anything to be cheaper. Buhari’s government will end the same way it started. There won’t be any change in his administration, only those who are close to God He will show mercy. Many state governors will begin to do more projects so as to steal money because many of them will not get a return ticket. They are there to fight for themselves not the masses.

Has God revealed to you the next president of Nigeria?

I said it in my December prophecy, God said we should only reveal his surname for now and the name is Joseph. He is coming from Ondo State. Anyone will contest against him from the North, East, West or South in 2023 will fail. If the person isn’t from Ondo State and he is not a Pastor, then forget it. God want to use His servant to bring this nation back on the track. He is coming to help Nigeria and he will use Agriculture to get us back. Buhari was just elected in 2015 to enjoy himself, he has nothing to offer Nigeria as a country.

Did God show you that Nigeria will split?

Nothing will divide Nigeria. Nothing like Yoruba Nation or Biafra, Confederation will settle the matter at last. That is when we get matured, we are still babies. Biafra and Yoruba Nation won’t succeed.

People are of the opinion that the election may not hold, what did God reveal to you about this?

Nothing will stop the election. There won’t be any problem. Buhari will hand over to the Messiah.

Former governor of Lagos State, Bola Hammed Tinubu has declared to run for presidency in 2023, did God show you anything about him?

Tinubu will never become Nigerian president. His intention to run in 2023 is to scatter All Progressive Congress Party. God want to use him to make the party unsettle. They should pray for him not to give up the ghost this year. If he doesn’t pray he will go because his time is nearer. If he contest a million times he won’t be elected as the president of Nigeria. APC and PDP will never produce a president again in Nigeria. They will have governors but no president. The 2 parties will crumble. New parties will be emerged. Buhari is the first and the last president from APC while Jonathan is also the last for PDP. Nigerians should also pray for Alhaji Aliko Dangote so that he can see the end of this year. His time is up. Through prayers, God can add more years for him. Another person is coming very soon to take his position as the richest in Nigeria.

Any revelation for the entertainment industry?

I said it in December but then I only revealed 5. The entertainment industry need to be prayerful especially the superstars among them. I see 10 of them dying soon. Both musicians and actors. In 2022, 24 big names in the entertainment industry worldwide will die while 10 will die in Nigeria. Newspaper Publishers and famous Nigerian Journalists should also be prayerful so that they won’t go with the storm. There is going to be a big storm in Nigeria that will clear people. No matter your status as a Pastor, Alfa or whoever you may be, only prayers can save you. By prayers He will show mercy to those who call His name.  Many traditional rulers will die this year.  They may just sleep and not wake up again, it doesn’t really mean that they must be down with sickness before they die. As a citizen of Nigeria, be praying from time to time, put your trust in God because a lot will happen in 2022. Let’s pray that this time that a Messiah is coming to rescue Nigeria, we should be part of those who will live to enjoy it.