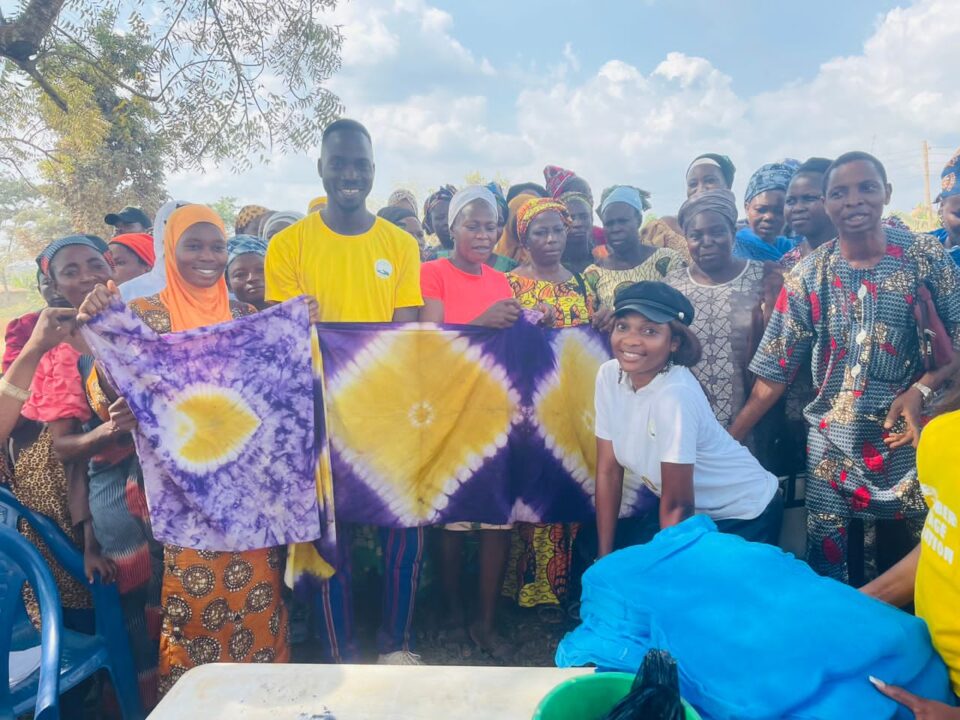 An event, which according to the CEO, Titilayo Savage, was done out of her passion and love for humanity, passion to help the underprivileged, aged, the adolescent girl child and the youths in general at the rural area.

The foundation stormed the village and trained the adult the basic elements of Soap, Zobo productions, and also Gele (Headgear) Tying, Eyelash Extensions, and Tie-dye.

The foundation organized the training so that the youth of Ibooro Village will launch their own little business and earn a living from it.

Another section that was witnessed at the workshop, was that of the kids section where they were trained on how to behave well both inside and outside school, how to avoid fighting, and also to avoid hanging around with wrong people.

Immediately after the lecture, the kids were presented some Work Books, Pencils, Shoes in various sizes, and some of them earned additional prizes during the question-and-answer segment.

There was another segment devoted to “Girl Child Talk,” in which they learned about typical girl behaviour and how to use sanitary pads. Sanitary pads were also distributed to every participant after the talk show.

The men received information on general body cleanliness as well as sexual education, which emphasized having safer sex. Condoms were given after the talk show.

Additionally, presentations on childbearing and family planning were given to a mixed audience of men and women.

There was also a medical team that performed various tests on the attendees such as Urine, B.P and HIV Tests. Some over-the-counter medications were given out to those who required them.

Several tests were carried out, and the foundation prescribed and distributed various medications to the participants.

Among other things, Clothes, Shoes, Mosquito Nets, a variety of Food Items, Slippers, Exercise Books, and Pencils were shared.

In a lighter vein, there was a talent hunt segment where young people with singing and dancing abilities displayed their skills.

The best candidates received fantastic presents to support them throughout their performance.

The CDA chairman and the previous chairman were present at the workshop like no other and they both expressed their appreciation for the gesture of GHF by picking their community as the target for the outreach.

Elton Chukwumah Rise to Stardom with the Release of ALARM

Sterling Refreshes Romance With The Arts At Ake Festival

Obasanjo, Abdulsalami, Sultan, Others To Meet Buhari Today Over Insecurity in Nigeria