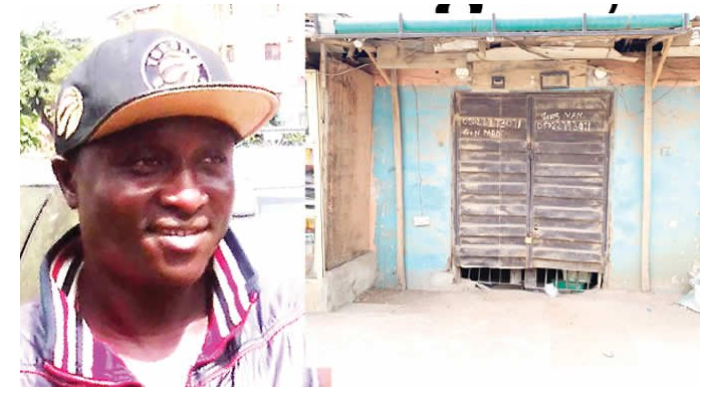 A businessman, identified simply as Uchechukwu, aka Alloy Omo Jesu, is on the run after allegedly torturing his 11-year-old apprentice to death in the Ogba area of Lagos State.

PUNCH Metro gathered that the apprentice, Sunday, was accused of stealing N1,000 when Uchechukwu, who was bent on making him confess to the allegation, descended on him.

The victim was said to have died in the process as the suspect fled the community.

Our correspondent learnt that the manager of Uchechukwu’s gas business, Blessing, while closing on Saturday, January 8, 2022, discovered that N1,000 was missing from the total sales for the day.

To detect how the money went missing, Blessing demanded an explanation from Sunday, who handled sales that day.

Another apprentice, Godwin, told our correspondent who visited the shop on Inuobimi Street, Ogba, last Thursday, that Sunday gave an unsatisfactory response, prompting everyone, including Uchechukwu, to suspect him.

He said, “When Blessing asked him how N1,000 went missing, he said the money was with a customer who did not complete payment for refilling gas.

“Blessing told me to follow him to meet the customer to collect the money, but when we got there, the customer said the complete money was paid.

“The customer later said the money he owed us was for another item he bought in the shop. But Sunday never told us he sold the item to the customer on that Saturday.

“On Sunday, January 9, our boss got to know about what happened and when Sunday gave no reasonable explanation, he told me to take him home.”

Godwin explained that when Uchechukwu got home around 10pm, he used a wire to torture Sunday over the missing money, adding that he and another apprentice, Stanley, left for the backyard when their colleague’s plea for mercy was ignored.

“While at the backyard, we heard Sunday screaming for help, but our boss continued to beat him and didn’t stop till he (boss) stepped out to meet us at the backyard around 1am.

“When we didn’t hear Sunday’s voice again, we thought he already had his bath and slept. We even saw him lying motionless on the floor and thought he had slept; but there was blood on his body.

“Our boss later told us to pack about N1m he had at home and said he wanted us to quickly go to the shop to keep it. Three of us, except Sunday, left the house around 1am for the shop. But when we got there, our boss said he forgot the keys at home.”

Godwin said the suspect told Stanley to wait at the shop, while he (Godwin) followed him home to get the keys.

He noted that on their way, Uchechukwu confessed that Sunday needed urgent treatment.

“I thought the N1m was with Stanley as we returned home but on the way, he said we should be on our way to a hospital. So, we took his motorcycle and headed for the hospital.

“As we were about approaching the entrance to a street, he told me that the security guards might think we were armed robbers as the two of us were on the motorcycle. He told me to get down and walk to meet him at the front, but he sped off.

“Immediately, I knew something had happened to Sunday. I quickly went to meet Stanley and we went home and met Sunday’s corpse. We raised the alarm and reported to the Baale, who assisted in reporting to the police,” Godwin said.

A chief in the area, who asked not to be identified, said youths protesting Sunday’s death burgled Uchechukwu’s shop and carted away property.

“We have not seen him since then; he ran away that early morning and we don’t support anyone that has done something bad. We heard the matter was reported at the Pen Cinema Police Station and that he was declared wanted,” he added.

The state Police Public Relations Officer, CSP Adekunle Ajisebutu, promised to get back to our correspondent.

He had yet to do so as of the time this report was filed.

How Primate Ayodele Predicted Super Eagles’ Exit From AFCON In 2021