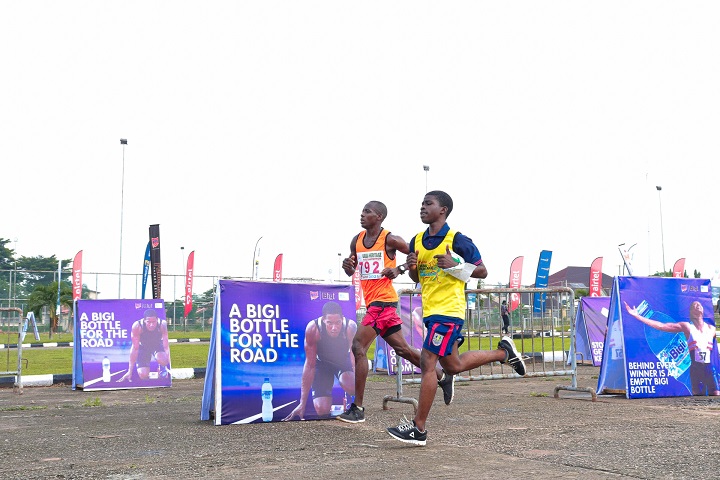 Seleem Adegunwa, Managing Director of Rite Foods Limited, makers of Bigi carbonated soft drinks and official beverage sponsor of the Ijebu Heritage Half Marathon 2021, has commended the athletes, especially the indigenes who participated in the race.

In addition, he stated that Nigeria is great at sports and must therefore seek ways to harness its sporting talents and continue to push for global recognition.

He made this submission at the maiden Ijebu Heritage Half Marathon 2021 which kicked off at the land of heritage, Ijebu-Ode, and witnessed both local and international athletes competing for a grand prize of Ten Thousand Dollars plus other amazing rewards and medal for each marathoner.

“By our DNA in Nigeria, we are good at sports, we just need to harness it and continue pushing for global recognition,” the Rite Foods’ boss stated. He further gave kudos to all athletes who started and ended the marathon and reiterated the company’s commitment to making the event much bigger and better in the next edition.

It was quite amazing as history was made when an 11-year-old, Abigail Ogunbowale completed the 21km marathon at the Dipo Dina International Stadium, Ijebu-Ode. Also, the first local indigene to finish the race was a man named Femi Olusanya, a police officer in Ijebu Ode who promised to fight for the top five positions in the next edition. A man of 55 years old also completed the half marathon.

Speaking on the historical event, Adegunwa, the Rite Foods MD said it was a beauty and an inspiration to behold seeing such a young girl competing with established stars despite her age and completing it. “I was not surprised today to see ijebu indigenes, a 55-year-old and 11-year-old finishing the race; We are naturally gifted in sporting activities in Ijebuland and we just need to make sure the talents here are well coordinated for more exposure,” he added.

Ogunbowale, the 11-year-old marathoner was rewarded with the sum of Two Hundred and Fifty Thousand Naira by Rite Foods. The boss expressed his expectations on seeing the 11-year-old getting better and becoming a future champion. Meanwhile, organizers of the marathon have also revealed the sum of Five Hundred Thousand Naira for the local indigene, Femi Olusanya, who was the first to finish the race.

It was also a clean sweep for Kenyan athletes as they claimed both the men and women categories with Hosea Kiplimo finishing the men’s race in 1:02:36 while his counterpart, Rhonzas Kilimo finished second in 1:02:57. The third position went to another Kenyan, Timothy Ronoh, who raced to the finish line in 1:02:59.

The women’s race was also won by another Kenyan, Sandra Chebet in a time of 1:10:42, with two Ethiopians, Gebaynesh Ayele and Beyenu Degefa taking the second and third position in a time of 1:10:52 and 1:11:02 respectively.

The marathon was a display of enthusiasm, vigor and endurance by all athletes, both home-based and foreign, as Bigi drinks provided 14 water stop points for the athletes to refresh and hydrate themselves all through the race. As such, behind every winner at the Ijebu Heritage Half Marathon was an empty Bigi bottle fully gulped down for replenishment and marathon hydration.

What Does Femi Adesina Know?