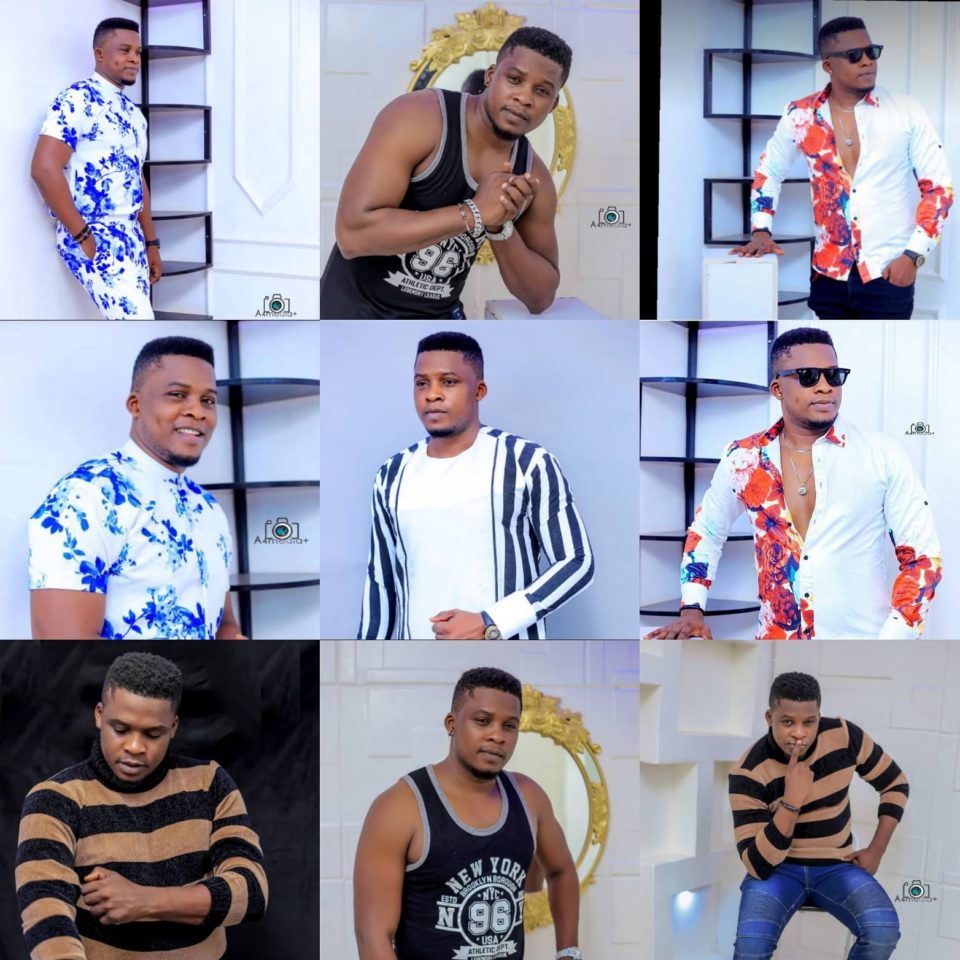 Ayorinde Sunday Olujuwon is one of the rising actors currently shaking the Yoruba movie genre of Nollywood. He is a native of Osun State. He is an Actor, Model, Brand Influencer, Entrepreneur and Humanitarian.

His education started from Orire Ogedengbe Primary School, Ilesha,Osun State. From there, he went to Obokun High School in the same state and he obtained his Higher National Diploma Certificate in Accounting at the Polytechnic of Ibadan, Oyo State.

Acting for him began from church when he joined a drama group. Later on, he continued with it when he was in South Africa and Uganda before he finally met with his boss and also his movies director, Kayode Adebayo, who really helped his career.

Olajuwon was once in France as well to acquire more knowledge about acting and modeling.

Olajuwon met his boss in 2019 through a good sister of him known as Ebunoluwa Edafe who is also an actress.

Presently, he models for K-PLUS Clothings and he has his own businesses which are God’s Plan Real Estate (GPRE), God’s Plan Autos (GPA) and God’s Plan Honey (GPH).

According to him, “I’m in a contract with K-PLUS for the past one year. We deal in different kind of clothings both English and native wears. Since I joined them, I’m really enjoying modeling for them because fashion and entertainment have been something I love so much, so I’m enjoying the moment.

K-PLUS is located on the Island with their branch is at Mainland. I found both acting and modeling so interesting because it makes me express my self in different ways. For me, I can’t pick the one that is more lucrative because the two job gives me different joy and I love doing them.

I have featured in many movies. I produced a movie tittled “EYINJU” and also co-produced another one called “IYANJE”. At the moment, I’m cooking up something and this is titled MEN (OKUNRIN).

Why You Must Watch Oyinkansola Emmanuel’s New Movie, “Arike Alagbo”